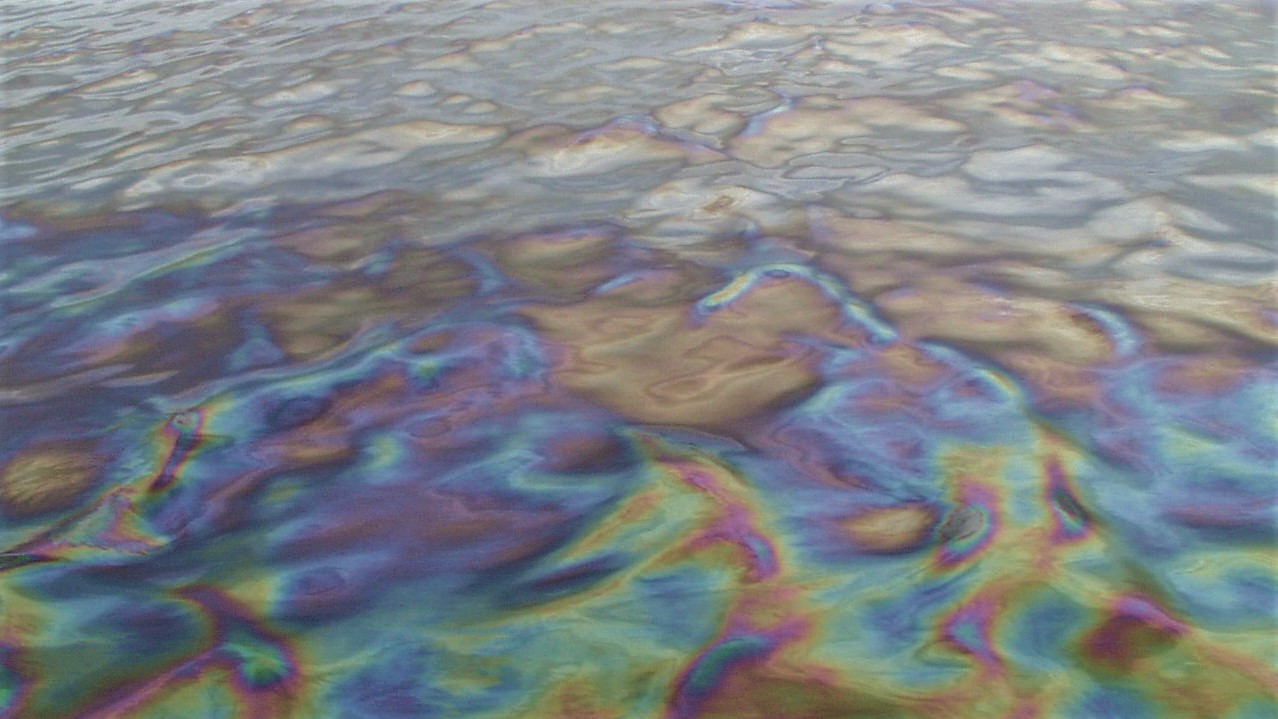 In October 2021, thousands of gallons of oil spilled out of a pipeline off Huntington Beach, leading to shoreline closures, fishery closures, and severe impacts on local wildlife. Since December 1, 2021, and entirely separate from the October spill, there have been five additional reports of oil sheens spotted off the Orange County coast. As of January 12, 2022, five out of the seven aging offshore oil and gas platforms in Orange County are shut-in due to equipment failure. All of this leaves the Coastkeeper community wondering… what is going on out there? Previously, we shared information about the October 2021 spill and encouraged our members to share their experiences. This blog breaks down what we know about the more recent spills.

On December 15, 2021, DCOR LLC – the operator of offshore Platforms Eva, Esther, and Edith – reported a corrosion-caused “pinhole leak” in an injection pump on Platform Eva resulting in a spill of oil into the Pacific Ocean. While DCOR reported that the 40’ by 10’ sheen “dissipated naturally,” later that day, a marine service company that provides vessel and offshore oil platform support reported a 30 yard-by-30 yard sheen that looked “like a tar” off Huntington Beach.

“As of January 12, 2022, five out of the seven aging offshore oil and gas platforms in Orange County are non-operational due to equipment failure.”

Is squeezing every last drop of oil out of these rusted relics really worth the risk to our environment?

In the following days, California State Lands Commission (SLC) – Platform Eva’s “landlord” – inspected the platform and verified the damaged pump was out of service. Meanwhile, a Unified Command consisting of the US Coast Guard, Cal Fire, California Department of Fish and Wildlife Office of Spill Prevention and Response (OSPR), and the County of Orange conducted overflights, collected samples, mobilized beach cleanup crews, and deployed protective strategies at sensitive locations. Preliminary sampling results indicated inconsistency with natural seepage and the October 2021 oil spill. Based on no further sheening, the Unified Command removed protective strategies, released response resources, and stood down on December 20, 2021.

Starting on December 28, 2021 (the very same day the Unified Command announced the completion of shoreline clean-up efforts from the October 2021 spill), dive teams mobilized to walk the Platform Eva pipeline 600’ in either direction of the sheen. To confirm the source of the leak, the Unified Command – including DCOR as the “Responsible Party” – flushed the pipeline on January 2, 2022. While this resulted in an anticipated oil sheen, response assets were staged and on-scene. Divers placed a pollution dome over the impacted area, though strong currents disturbed the dome on January 4, 2022, creating yet another oil sheen off Huntington Beach. On January 10, 2022, divers located and placed a clamp over a 1/8-inch diameter leak point in the pipeline.

In the coming days, weeks, and months, Unified Command expects to excavate the damaged pipeline and oversee a permanent repair plan. In the meantime, aerial overflights, 24-7 on-scene vessels, and booming will continue and response teams will be walking the beaches.

Remember, if you see tarballs, please do not attempt to touch them, but report with pictures and detailed location information to tarballreports@wildlife.ca.gov. If you see oiled wildlife, please report to 1-877-UCD-OWCN (1-877-823-6926).

Is this a particularly bad season or are oil spills actually this common and regulators are now paying a closer eye after the October spill? What will the repair plan for the damaged pipeline look like? How are oil spills, pipeline leaks, and forced shut-downs regulated under leases and permits? What are normal “background” levels of oil and who makes that determination? And how and when can operators responsibly decommission their offshore oil and gas facilities without abandoning ship and leaving California taxpayers with the bill?

These are all questions Coastkeeper staff are asking, but we need your support to keep pushing for answers.

If you’d like to learn more about how California can provide a clear path to decommissioning its 27 offshore oil platforms, attend our Retiring Offshore Rigs Summit held on April 21, 2022.

The post Is This Normal?: A Timeline of Winter 2021/22 Oil Sheen Reports appeared first on Orange County Coastkeeper.