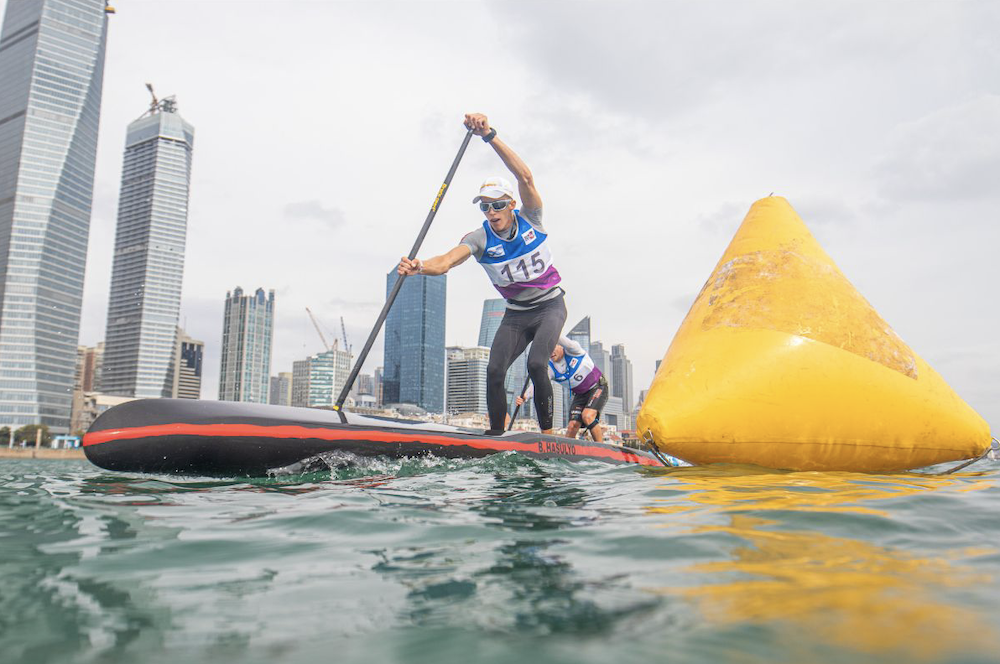 The largest stand up paddling world championships ever held gets underway in Hungary on Thursday, with more than 480 athletes from 50 countries set to compete in the International Canoe Federation titles in Balatonfured.

2019 world champions Michael Booth from Australia and American Connor Baxter will be back to defend their titles on Eastern Europe’s biggest inland lake, with the forecast of perfect racing weather. A large crowd is expected at the lake venue to cheer on Hungarian brothers Bruno and Daniel Hasulyo, silver and bronze medalists behind Booth in the men’s long distance race in Qingdao in 2019. Baxter set a world record in winning 200 metre sprint gold in China, and is expected to once again face a strong challenge from Italian silver medalist, Claudio Nika.

“I see him training a lot, but I am doing the same,” Nika said.

“Maybe we will have a good surprise this year. The atmosphere is super, the athletes are super excited, I really can’t wait to race the other guys and push the limits.

“We had a year of no competitions and it’s been hard to get the motivation back, but now it starts again and we are ready here to make it happen again.”

American Fiona Wylde will be looking to win her first ICF gold medal after winning bronze in the women’s sprint and technical races in Qingdao. Covid travel restrictions have prevented several Oceania athletes from travelling to Hungary, however ICF SUP co-ordinator Hoichan Kwon said the response from the SUP community to the world championships has been overwhelming.

“With all the uncertainty of the past 18 months we really had some nervous moments about hosting this year’s world championships,” Kwon said.

“But our Hungarian hosts have worked extremely hard to help make this event happen, and the athletes have responded.

“To have more than 480 athletes from 50 countries lining up on the start line is just phenomenal. Even though Covid has robbed us of a handful of world-class athletes, the quality of the start list this week is really impressive.”

Competition begins on Lake Balaton on Thursday with heats in the SUP technical and sprint races. The first medals will be decided on Friday with men’s, women’s, masters and junior long distance races.